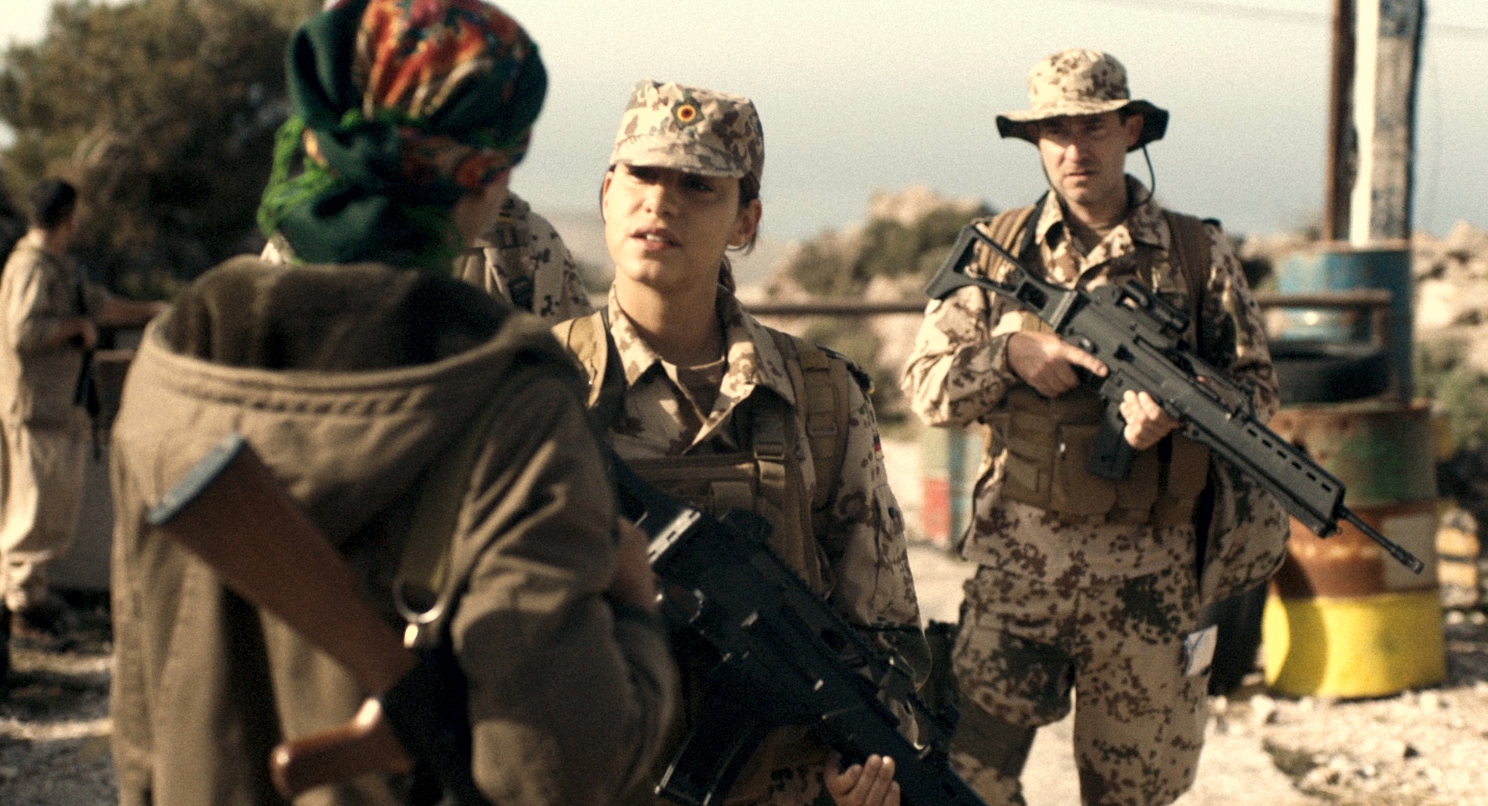 The latest film is Sisters Apart (2020) which is a Greek/German co-production, written and directed by Daphne Charizani whose most recent work was the screenplay for The Audition (2019). Her script for Sisters Apart is well thought-out and considered and the character development is convincing, giving a credible and moving narrative and can be viewed free by using the special code which will be sent in an all members email.

“Rojda (Rosa) is torn between her Kurdish roots and her German identity as a Bundeswehr soldier when she volunteers for a mission to train female Kurdish soldiers in Iraq to fight ISIS. No one must know that she is actually looking for her missing sister. Although shot on a small budget the script and excellent performances by the two lead actresses makes Sisters Apart a compelling drama. A strong example of how clear-sighted ideas trump production design.”