This is the article that accompanied our recent showing of three films for our 75th Anniversary event (delayed from 2020 due to Covid) held at Cheltenham Playhouse on Saturday 7th May 2022.

Every year our season includes three films that we call CFS Extra, older features chosen to illustrate a theme. This strange year also happens to be Cheltenham Film Society’s 75th birthday, so we have chosen three films we showed at regularly spaced intervals across that time: our first year, our 25th and our 50th.

The society was formed just before the end of WWII, when some 450 Cheltonians met in the School of Art and agreed to form a club that would show films ignored by the town’s five commercial cinemas. The first was shown in July 1945, between VE Day and VJ Day at the Daffodil in Suffolk Parade, now a restaurant. It was Sergei Eisenstein’s Alexander Nevsky. In its first season the society also showed 35mm films at the Ritz, demolished in 2014, and the Coliseum (demolished in 2011). Later it added a separate season of 16mm films at the School of Art and then the Playhouse Theatre. 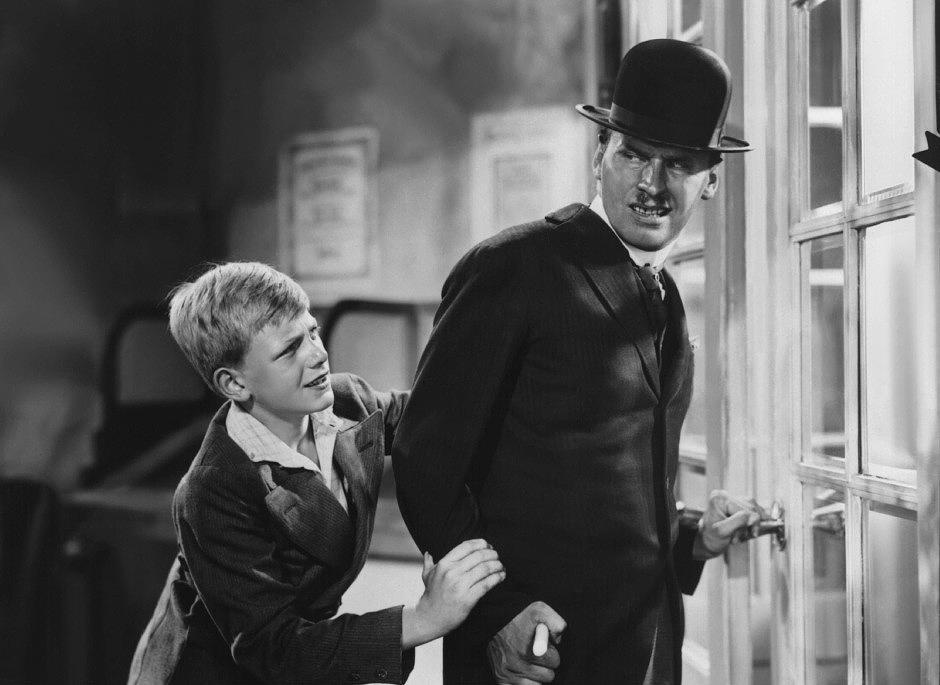 In 1945, it was difficult to find interesting new films because production had been interrupted by the war, so it was necessary to look back a few years. Thus it was that the society chose Emil and the Detectives, from 1931. Erich Kästner’s novel from 1929 had been a great success, and the film offered a beguiling glimpse of Germany before Nazism. Gerhard Lamprecht directed to great effect, and the film is both funny and exciting. His Emil was Rolf Wenkhaus, a 14-year-old in his first role, chosen from thousands of candidates. He died in the Luftwaffe in WWII.

Lamprecht worked from a script by Kästner himself and Billy Wilder, then only 25 years old. He had been a journalist for several years before finding his way into the film industry. Emil was his first feature and his last in Germany. Being Jewish, he fled almost immediately and made his way to Paris and then to the USA. 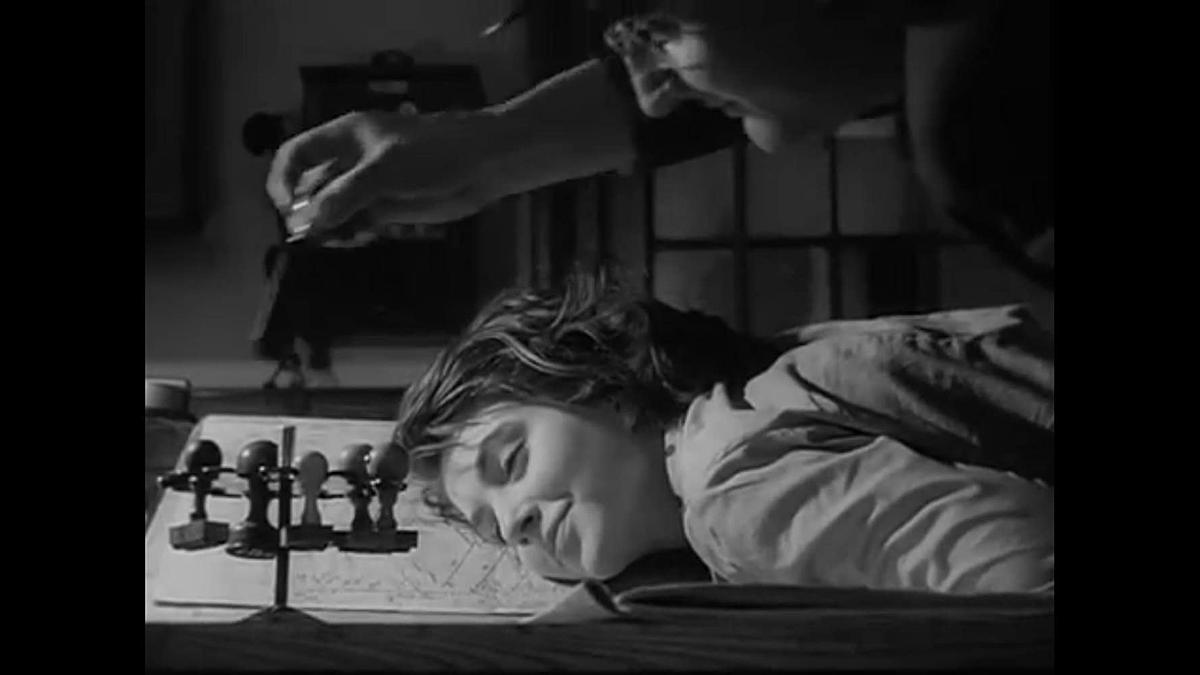 In 1970, the society was no longer the behemoth it had been in the 1940s (ITV did for that) but it was still healthy. Its screenings were at the Playhouse Theatre, although it would move to Dean Close a year later. On 23 March, it showed Closely Observed Trains from 1966, directed by Jiří Mendel from a novel by Bohumil Hrabal. It was released outside Czechoslovakia in 1967 and won the Oscar for Best Foreign Film at the 1968 Academy Awards. One of the best-known films of the Czech New Wave, it tells the story of Miloš Hrma, a young man who takes a job in a railway station during WWII. He does the minimum work necessary while his mind his preoccupied with the possibility of sexual adventure. Meanwhile, one of his colleagues has no trouble in that department whatsoever.

The film was Mendel’s feature debut. At one point he considered playing Hrma himself before concluding that at 28 he was too old. So he gave the part to a pop singer, Václav Neckář, in his first role. After the fall of the Eastern Bloc, Neckář was accused of being a member of the secret police. The film received wide critical acclaim for its charm, humour and sly subversion of communist mores. 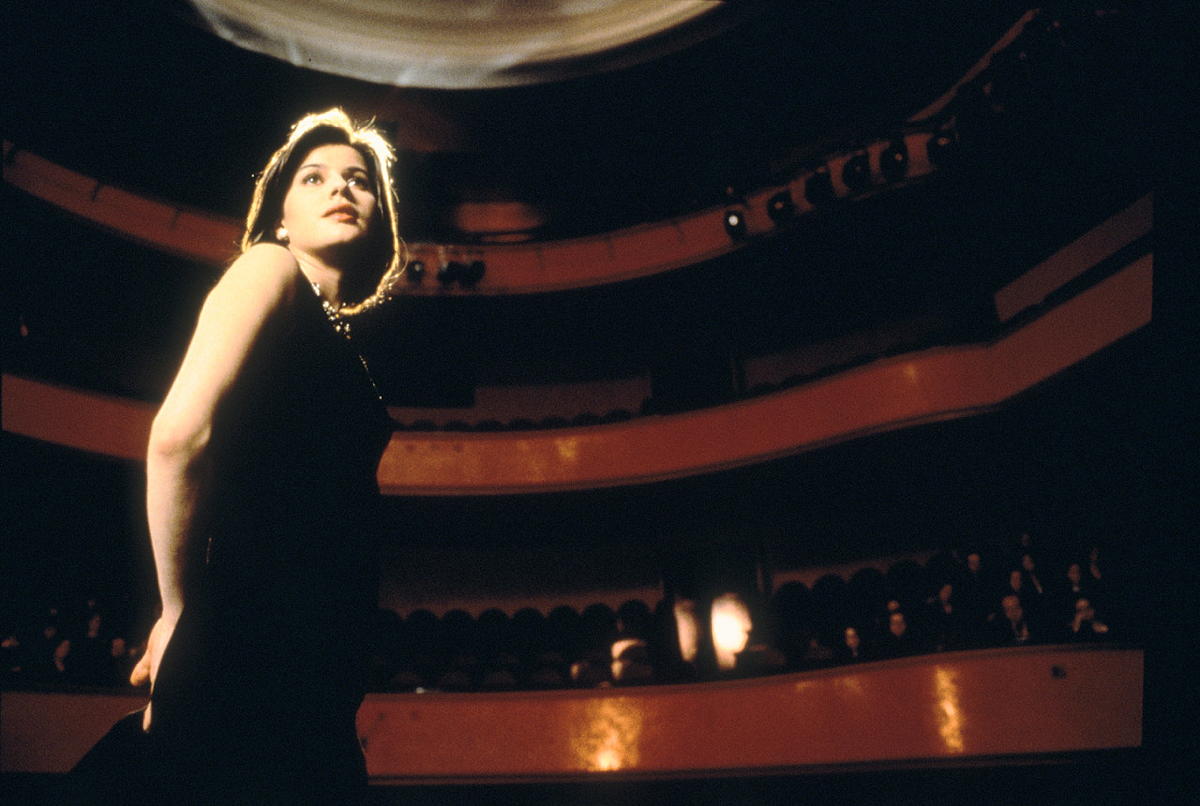 Twenty-five years later, in October 1995, the society managed to drag people away from the spectacle of a dripping Colin Firth in Pride & Prejudice so they could watch Three Colours: Red from 1994. Krzysztof Kieślowski’s film is the final instalment of his Three Colours trilogy, based around the stripes in the French flag and  intended to relate to its revolutionary ideals.

In Red, Irène Jacob plays a young student and part-time photographic model who becomes embroiled with a retired judge, played by Jean-Louis Trintignant, who has a compulsion for spying on his neighbours. Kiešlowski found the film a struggle to write, and its narrative can be puzzling, with two key characters never quite brought together, confounding all the viewer’s expectations. Instead the sequence of events is held together by repeated images and especially the colour red. Red is the colour of fraternity, and it is that which drives the action rather than romance.